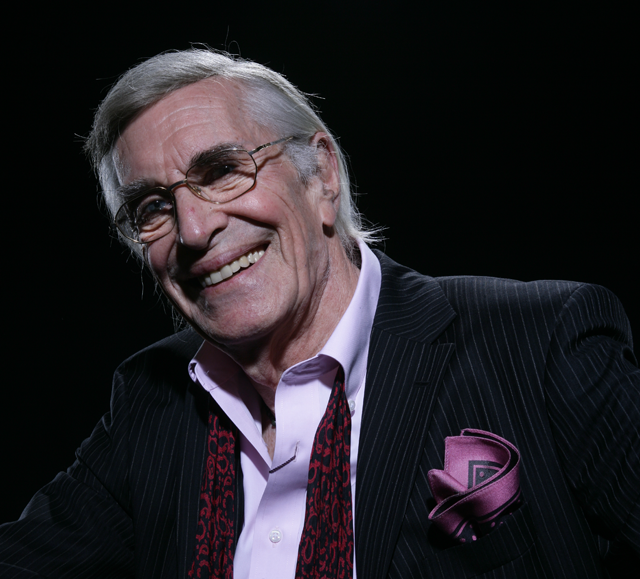 - Early days in NY with James Dean
- Impression of young James Dean in NYC
- James Dean's gameplan to score early (& not become an old boy)
- Jimmy's acting method. James Dean vs Lee Strasberg. Bob Dylan loved Jimmy too.
- Was Jimmy really rebellious like his image?
- Was James Dean a gay hustler in NYC?
- Steve McQueen vs James Dean
- Was James Dean a reckless driver, and did he have a deathwish?
- A touching Dennis Hopper/James Dean story. And Martin Landau's Oscar Nominated performance in Tucker: The Man and his Dreams
- Method acting in film
- James Dean and Martin Landau meets Steve McQueen - the mechanic!
- Cheap Steve McQueen and complicated Jimmy Dean
- Steve McQueen in The Thomas Crown Affair.
- Blacks and Asians in film. Significance of Otis Redding and Spike Lee.
- Playing a gay villain in Alfred Hitchcock's North By Northwest, and impressing the legendary Woody Allen.
- The magic effect of acting, and the elephant sculpture story.
- The importance of the message in each role. And more on Landau's Oscar Nominated performance in Tucker.
- Leaving Mission Impossible, and working on Without A Trace and HBO's Entourage.
- Money and Fame.
- Why the Oscar's are important, and the greatness of Johnny Depp in Ed Wood.

Martin Landau (born June 20, 1928) is perhaps best known for his roles in the television series Mission: Impossible (1966–1969) and Space: 1999 (1975–1977). He received a Golden Globe Award in 1969 for his performance in the former, playing the role of mission specialist Rollin Hand. In 1968 and 1969 he received Emmy award nominations for best actor in a dramatic series for his Mission: Impossible work. In 1994 he won several awards, including the Best Supporting Actor Oscar  for his performance as actor Bela Lugosi in Ed Wood. He had already received two previous Oscar nominations. He also currently heads the Hollywood branch of The Actor's Studio.
Landau was born into a Jewish family in Brooklyn, New York, the son of Selma (née Buchanan) and Morris Landau, an Austrian-born machinist  who scrambled to rescue relatives from the Nazis.[4]  At the age of 17, he began working as a cartoonist  for the Daily News, assisting Gus Edson on The Gumps comic strip during the 1940s and 1950s.
Influenced by Charlie Chaplin and the escapism of the cinema, he pursued an acting career. He attended the Actors Studio in the same class with Steve McQueen and in 1957, Landau made his Broadway debut in Middle of the Night. Encouraged by his mentor Lee Strasberg, Landau also taught acting. Actors he has coached include Jack Nicholson and Anjelica Huston.
n 1959, Landau made his first major film appearance in Alfred Hitchcock's North by Northwest at the age of 28. Landau took the role of master of disguise Rollin Hand in Mission: Impossible, becoming one of the show's best-known stars. According to The Complete Mission: Impossible Dossier, by Patrick J. White (Avon Books, 1991), Landau initially declined to be contracted to the show as he did not want it to interfere with his film career; instead, for the first season he was credited in "special guest appearances by" him. He became a "full-time" cast member with the second season, although the studio agreed to only contract him on a year-by-year basis rather than the then-standard five years. The role of Rollin Hand required Landau to perform a wide range of accents and characters from dictators to thugs, and several episodes saw Landau playing dual roles - not only Hand's impersonation, but also the person Hand is impersonating. He co-starred in the series with his then-wife, Barbara Bain.
In the mid-1970s, Landau and Bain, teamed with Barry Morse, returned to television in the British science fiction series, Space: 1999, produced first by Gerry Anderson in partnership with Sylvia Anderson and then by Fred Freiberger. Although it remains a cult classic for its high production design values, the series was critically derided during its run and was cancelled after two seasons. Landau himself became very critical of the show's scripts and storylines, especially during its second season, but praised the cast and crew. He wrote forewords for Barry Morse's 2006 theatrical memoir Remember With Advantages and for Jim Smith's critical biography of Tim Burton.
After Space: 1999, Landau appeared in supporting roles in a number of films and television shows of varying quality, including The Harlem Globetrotters on Gilligan's Island, which again co-starred Bain. This was the last time the two acted together on screen, as of December 2007.
In the late 1980s, Landau staged a major career comeback by winning an Academy Award nomination for his role in Tucker: The Man and His Dream. He later received a second nomination for Crimes and Misdemeanors and won the 1994 Academy Award for Best Supporting Actor for his uncanny portrayal of Bela Lugosi in Ed Wood. Upon accepting the award, he was visibly frustrated by the orchestra's attempt to cut short his speech. When the music level rose, he pounded his fist on the podium and yelled "No!" He later stated that he had intended to thank Lugosi and dedicate the award to him and his frustration was that he did not get to mention the man whom he portrayed. Landau received a Screen Actors Guild Award, a Golden Globe, and a Saturn Award for the role, as well as awards from several critics groups. When Landau won the Academy Award, a reporter for the Los Angeles Times said that "the award goes to Martin Landau; its shadow goes to Bela Lugosi." Landau admitted, on the Ed Wood DVD, to having been very impressed by the comment.
In 2006, Landau made a guest appearance on the TV series Entourage, playing a washed-up, but determined and sympathetic, Hollywood producer attempting to relive his glory days. Landau received a 2007 Emmy Award nomination for his performance in this role.