Steve James Interview Part 5
- The beauty of authentic video footage regardless of who took it
- Discouraged to a point of quitting?
- Being on a treadmill of filmmaking
- How "Hoop Dreams" influenced reality television
- Understanding Allen Iverson & what he went through 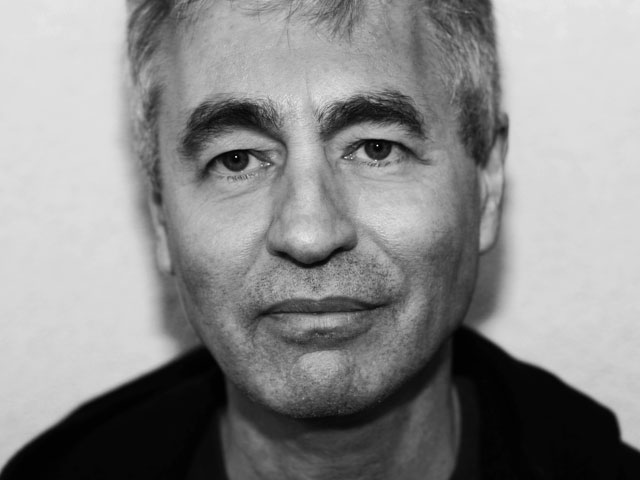 Steve James is the award-winning director, producer, and co-editor of Kartemquin’s Hoop Dreams, which won every major critics award as well as a Peabody and Robert F. Kennedy Journalism Award in 1995. The film earned James the Directors Guild of America Award and the MTV Movie Award’s "Best New Filmmaker." Recently, Hoop Dreams was selected for the Library of Congress’ National Film Registry, signifying the film’s enduring importance to American film history, and hailed by critic Roger Ebert as "the great American documentary."

James' next documentary, Stevie, won major festival awards at Sundance, Amsterdam, Yamagata and Philadelphia, and was nominated for an Independent Spirit Award. The acclaimed feature landed on a dozen "Top Ten Films of the Year" lists for 2003. James was also an executive producer, story director, and co-editor of the PBS series, The New Americans, which won two Chicago International Television Festival Golden Hugos, and the prestigious 2004 International Documentary Association Award for Best Limited Series for Television. In 2005, James completed the documentary Reel Paradise, his fourth film to premiere at the Sundance Film Festival. James served as producer and editor of The War Tapes, a documentary comprised of video footage shot by American soldiers in Iraq. The film won the top prize at both the 2006 Tribeca Film Festival, and the inaugural 2006 BritDoc Film Festival.

James' 2010 documentary No Crossover: The Trial of Allen Iverson had its world premiere at the SXSW Film Festival and aired as part of ESPN Films' 2010 International Documentary Association award-winning series 30 for 30. The film was selected for the IDOCS International Documentary Forum in Beijing, and also played at the Cleveland, Full Frame, Dallas, Nashville and Atlanta film festivals, among others, as well as earning James the Best Director award at the Midwest Film Awards. In 2011, No Crossover was selected by the U.S. Department of State for the American Documentary Showcase.

In 2011 James released his sixth film in partnership with Kartemquin, The Interrupters. Marking a return to some of the same Chicago neighborhoods featured in Hoop Dreams, The Interrupters investigated the stubborn persistence of violence in American cities. James co-produced the film with acclaimed writer Alex Kotlowitz (There Are No Children Here). The film was his fifth feature be selected for the Sundance Film Festival, and was broadcast on PBS FRONTLINE. In early 2012, The Interrupters won Best Documentary at the IFP Independent Spirit Awards.

James’ dramatic films include the theatrical feature Prefontaine (1997), which premiered at Sundance, and cable movies Passing Glory (1999) and Joe and Max (2002), which was nominated for an ESPN Espy Award. James is currently working on a documentary about the struggles of film critic, Roger Ebert, based on his memoir, "Life Itself." And Generation Food.