Ulrich Thomsen Interview Part 2
- Ulrich Thomsen's acting process - his choices, preparation, & method
- "Less is more in acting"
- "To me 'Method Acting' sometimes becomes more about the actor & less about the story"
- "I'm more into the wet t-shirt than showing a pair of tits in a film....I would much rather get the audience's imagination involved"
- On Marlon Brando
- Dustin Hoffman & Sir Laurence Olivier in "Marathon Man"
- Celebrity & Privacy


Ulrich Thomsen Interview Part 3
- Ulrich Thomsen's best work
- Trying to get better all the time
- Favorite directors
- "I would like to work with Lars Von Trier at some point"
- Growing up with Martin Scorcese, Harvey Keitel, Robert De Niro movies
- Audition session with De Niro
- Reading for the Coen Brothers
- Understanding the importance of the casting process from both sides of the table
- More directing in the future
- Ulrich's high moment & low moment
- END CREDITS 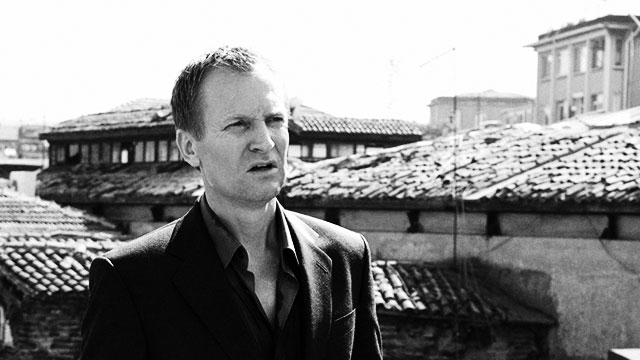 Ulrich Thomsen graduated from The Danish National School of Theatre and Contemporary Dance in 1993, and gained valuable experience performing in theaters in Copenhagen. His film debit came in Ole Bornedal's "Nightwatch" (1994). Then Ulrich Thomsen starred in Thomas Vinterberg's The Biggest Heroes (1996), Susanne Bier's Sekten (1997) and Anders Thomas Jensen's Flickering Lights (2000). His major breakthrough came in one of Dogme 95's first projects "The Celebration" ("FESTEN") in 1998, directed by Thomas Vinterberg. The film was wildly successful  and garnered nominations from the Golden Globes, BAFTA, & numerous nominations & wins all over the world, including a Palme d'Or Nomination at the Cannes Film Festival and a Jury Prize win for Thomas Vinterberg. This success lead to playing the villain in the James Bond film "The World Is Not Enough" in 1999. Thomsen has also had critically acclaimed performances in "The Inheritance" (2003), Susanne Bier's "Brothers" (2004), "Adam's Apples" w/ Mads Mikkelsen (2005), "The Substitute" (2007), "Fear Me Not" (2008), and The Silence (2010). Thomsen also worked in Studio Films "Kingdom of Heaven", "Hitman", "The International", "Duplicity", and "Centurion". In 2010 he made an appearance in Susanne Bier's Oscar and Golden Globe winning film "In a Better World", and in 2011 he was in the remake of "The Thing" co-starring Mary Elizabeth Winstead and Joel Edgerton. However, in 2013 Thomsen probably made his boldest move when he took on the role of 'Kai Proctor' in Cinemax' popular series "Banshee". The recent Season Two Finale of "Banshee" broke all Cinemax records. Thomsen also recently wrapped his directorial debut in "In Embryo", which is scheduled to open in early 2015.